Q. What do you find most compelling about Hannibal?

A. For me the most compelling about Hannibal is the fact that he made a crossing over the Alps, during winter time, 2000 years ago, in a time without proper roads, maps, tom tom and modern day equipment. Doing this with a multicultural army (different languages, costumes), elephants (of all creatures) and marching through a hostile territory (landscape-wise and because of the hostile tribes living in the Alps), makes it the more astonishing.

Q. Hannibal is often lauded as one of the greatest leaders of ancient history. Do you think he deserves this position even though in the end he lost the 2nd Punic War?

A. Let’s not make a mistake about it, Hannibal was a good commander. However a downside would be that he did use a lot of trickery and treason (Trebia – hidden cavalry Trasimene – ambush atCannae – Numidians pretending to defect). The few cities he took, he alsotook with treason. Alexander and Caesar were outnumbered on many occasions also, but managed to win because of bold moves on the battlefield.

Hannibal was very well informed on his adversaries (know your foe), which enabled him to have them do what he wanted them to do. Romans worked with two consuls, the rivalry between these consuls played into Hannibal’s hands. At Cannae and Trebia, the consuls disagreed with each other, but went ahead with the battle. The moment Scipio became sole commander, things got better.

In my opinion Hannibal was great but not as great as people say. If he had won, he may have been one of the greatest.

Q. Did Hannibal ever have a chance against Rome? Why did he lose?

A. The reasons why Hannibal lost (not in order of importance):

1. Hannibal anticipated that if he could beat Roman armies, Rome’s Latin allies would join him. This did not happen, even after Cannae they stayed loyal. Only a few cities (mainly in the south of Italy) sided with Hannibal, these cities were usually taken by treachery instead of free will.

2. Those Italians that sided with Hannibal, mainly Po valley Celts, were not very trustworthy. And because of their partying and drinking, they werenot very reliable during battles. (Hasdrubal can tell you all about that because of the battle at the Metaurus).

3. Because many cities stayed loyal to Rome, Hannibal had to besiege these cities. Unfortunately he wasn’t prepared for siege warfare.

4. At a certain point he had his army camped in Capua for quite some time. His battle hardened warriors became lazy and enjoyed the booze and the woman in the city too much.

5. Hardly any backup from Carthage. Hannibal’s successes led to jealousy in the Carthaginian Senate, they weren’t very keen on sending more soldiers. Some soldiers were sent, but not enough. Hasdrubal’s march was at his own initiative.

6. Hasdrubal’s defeat. I am not sure what would have happened if Hasdrubal had reached Hannibal. His death and the annihilation of his forces were a big blow to the Hannibal’s cause.

7. Rome. Hannibal could have tried to take Rome. It would have a been an important signal to Rome’s allies. A missed opportunity.

9. Phillip of Macedon. Phillip was thinking of joining Hannibal. They might have won the war if they had joined forces. Unfortunately Phillip wanted to join when it was already to late.

10. The Romans. At Cannae the Romans constructed a column, which said something like: “No other people would have survived such terrible defeats. And that is a true thing. Greeks , Persians, Gauls would have yielded unlike the proud, stubborn Romans.” PS: the column is still there and would make a nice photo!

If Hannibal had sufficient allies he could have won, but things turned out differently.

Q. Hannibal is often lauded as one of the greatest leaders of ancient history. Do you think he deserves this position even though in the end he lost the 2nd Punic War?

A. One of the greatest leaders of ancient history, yes, of course, especially for his boldness and his imagination. But many greek leaders before him were maybe better of him for the miltiary strategy… But it’s difficult to say…

Q. Did Hannibal ever have a chance against Rome? Why did he lose?

A. I think he was too distant, too isolated of his country… The Romans were too numerous. And of course at the end he loosed too time in Campany….

Q. What do you think of Wood Brothers aim to ride Hannibal’s route on bicycles, from Cartagena to Carthage?

A. I’m not a professionnal historian, I’m sorry ! But according to Tite Live et Polybe (in french), on the pass, on the top of the Hannibal’s route in the Alps, there was no tree, no grass, only stones and fresh snow on old snow of the last year… And from this pass, the Carthaginians saw the Pô’s plain. And after the pass, they came to the Taurini… Col Clapier, col Malaure or col Traversette are possible… We must find the Sirenos book to be sure…

Q. What is the main reason why didn’t Hannibal attack Rome?

A. In french, at school, we say “les délices de Capoue”…

Q. When most people think of Hannibal they think of elephants? Were they really a major part of his arsenal?

A. Only for the fear that these elephants caused to his enemy. His 6000 riders were maybe more dangerous than 37 elephants!

Q. What is an example of an important question/mystery about Hannibal and/or the Carthaginians that is still unanswered?

A. The pass in the Alps!

Q. Is there a piece of our historical record missing? I mean, is it fair to say that the Phoenicians and the Carthaginians are a bit of a mystery to us, even though they were an important civilization?

A. About the Phoenicians and the Carthaginians, I think the historians don’t know really how was organized their society, their traditions, etc… We know the roman’s civilization, but not very well the Carthaginians. Maybe that explains why we can dream when we study the Carthaginians… or Hannibal ! People like mystery ! 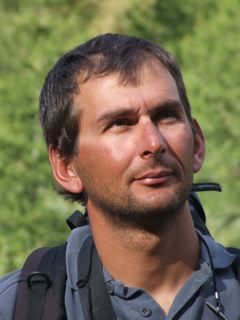 Should Hannibal have used bikes to cross the Alps?

It is sure that when they went down the mountains it would have been really faster.

But the risk level is higher than it appears :

Imagine you are riding your bike on the Lautaret (average incline: 7%).

It is cloudy with a little fog (remember you are in October/November).

… you see a grey 7 tons monster riding a bike and coming on you at 50 mph.

So it is definitely NOT a good solution (even with carbon brakes).

What the hell am I doing in this mess? (Question from Hannibal himself in the end of October 218)

After 20 centuries most of the specialists agree to say he wanted to prove that all the ways lead to Rome.

Another theory is that he only wanted to visit his brother who lived in the village next to him and his wife was sure they had to turn left at the 2nd crossroad. This theory has been strangely rejected by the Women’s Movement.

Are the elephants able to ski?

After a survey made among a sample of the French developers between 24 and 40 years old working in Lyon at the 4th floor, here are the results:

Although the negative answer seems to be the most popular answer, some video arguments can let us doubt of this: http://www.chauffeurdebuzz.com/elephant+qui+fait+du+ski+nautique-5021